Canton:
There is so much for fill you in on it might just take all week but I wanted to share a little bit of my busy weekend. If you follow me on twitter, then you know that my mom and I had a full weekend in Canton, Tx at the largest trade show event in the country. We actually ran into the former mayor of the city (who proceeded who hit on my mother- no joke!) - he told us that there was 1 MILLION people there last weekend at Canton. ONE MILLION! That's just insane! In the next post or two, I want to write about our time in Canton and even tell about some of my favorite booths. This was my first time there but it definitely won't be my last!
Domino:
The Buies are back in the game...the fostering game, that is. We took a little break from fostering if you'll remember. We had Scooter, then quickly joined the Foster Failure Club when we decided to adopt him, then we had Huckleberry, Anabel, and Maggie. We also were substitute fosters for a while. We've even done some dog-sitting. But we are big believers in C.A.R.E. and couldn't stay away for long so we welcomed little Domino into our house last night. She is a precious Cocker Spaniel mix (same as Conner). We already love her and know Conner and Scooter will too. 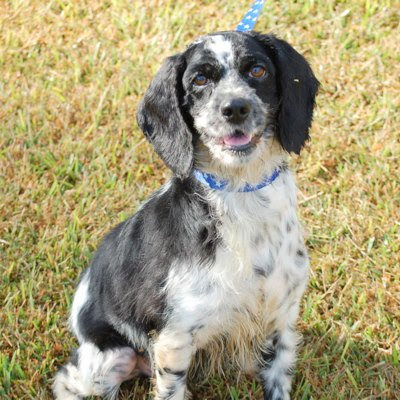 Doctor:
While I was in the great state of Texas this past weekend I saw my doctor. I see a specialist in the Dallas area for Fibromyalgia and have now for about four years now. He's the one who diagnosed me with Chronic Fatigue Syndrome and Celiac Diease. In 2007 I began eating gluten free and life changed for the better for the most part but I still have issues. Yesterday my doctor suggested I start a yeast free diet to combat the many infections and viruses in my body. You see, I have several autoimmune diseases and it is hard for me to overcome illnesses like the normal person. This will be a lifelong struggle but I am grateful to have family to be supportive throughout this process. I am thinking about using this blog as I try new yeast free, dairy free and gluten free recipes (oh yeah, I have to be dairy free, too, did I mention that?) I'll get into more of the diet thing more later, though. Thanks for listening. :)
Hope ya'll had a great weekend! Love ya'll!
Posted by Cara Beth at 6:00 AM

We went to Canton on Friday!! I got the CUTEST stuff!! Oh my gosh, you are the second girl who's blog I read that was there the same weekend as me!! It's only about an hour from my house, and the hubs and I can't figure out why we don't go more often? Especially me. There were a few shops out there that I could MOVE INTO, ya know?!!! Funny!

I went dairy free for about 6 months when I was nursing my oldest daughter and it was the BEST. DIET. EVER! Good luck reading all those labels. Milk likes to hide out in everything!