Catching up:: My "Retirement" Party

It's been 2 weeks since I quit my full time job of 5 years. It's still hard to believe. Sometimes it sounds so irresponsible when said aloud... "I quit my job." But it wasn't like that at all. It was so hard to leave. In fact, I prayed about this decision for literally years. I knew this day would come one day but it didn't make it any easier. The people in the picture below were like family after spending 5 days a week and 8 hours a day with them. If I was good at math, or if my dad were awake right now, I could tell you just how many total hours I've spent at the Arkansas Baptist Convention. 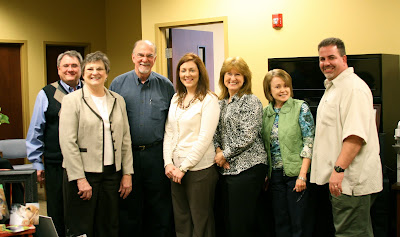 I worked for the Collegiate Ministry Team and they were so kind to throw me a going away party or "retirement party." It was definitely the best party that I've ever been the guest of honor of. ;) 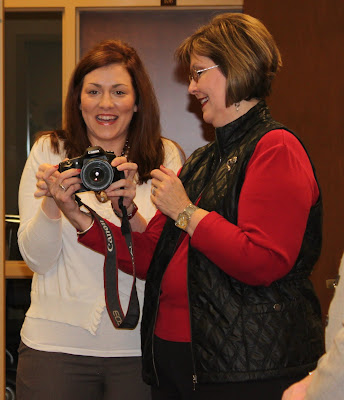 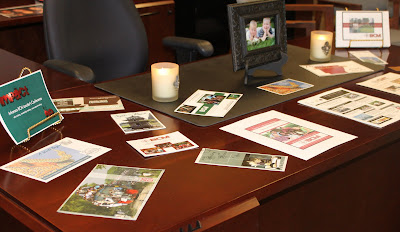 They decorated the office with things that represented me. They displayed some of my graphic design work I've done for them over the years. My collection of antique cameras, photography books and my favorite prints were shown on the tables. 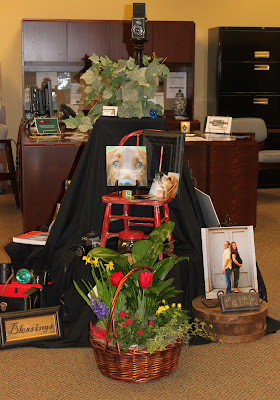 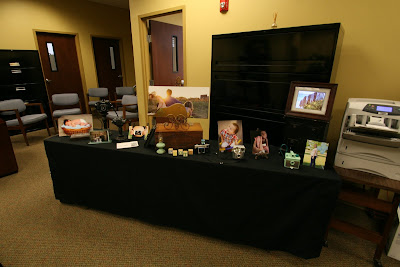 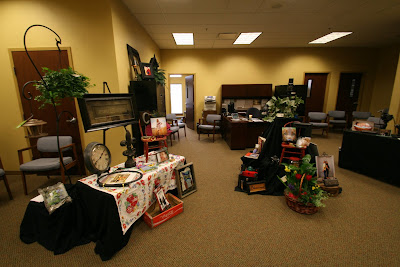 My friend, Linda, catered the event and even made me the best gluten free chicken salad sandwiches and chocolate covered strawberries, my fav! 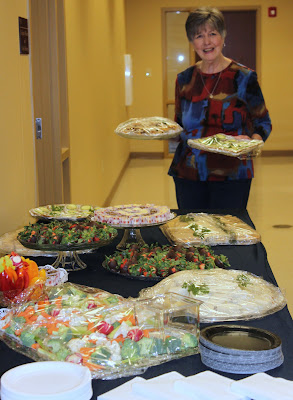 My parents drove up for the event from Louisiana, my brother and sister-in-law drove down from Maumelle and of course, my better half was there! It was special to have so much of my family there. 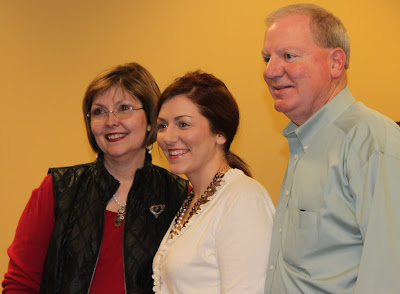 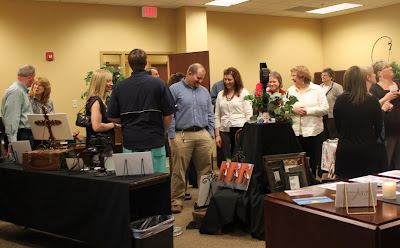 Oh, and how could I forget the most important guest of all... my nephew Landon was there, too. :) 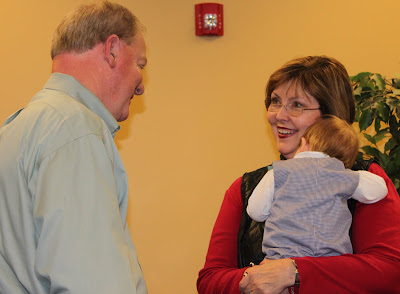 My bosses David and Diane both said a few words, then he opened up the floor and several people shared funny stories or memories about me from the last 5 years. It was so touching. I tried hard not to cry! 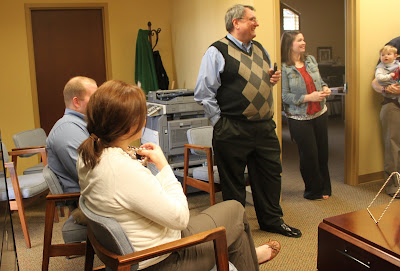 I have truly been blessed to have worked at the ABSC. Over the last five years, I have learned so much about myself, about others, about God. I made friends that I will never forget. 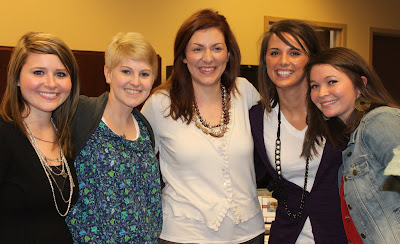 My life has been a whirl wind in the past 2 or 3 weeks. Besides the fact that I quit my full time job and I'm going full time with photography, I have seriously neglected my blog this month. So I'm playing catch up!

Hmmm, let's see... We got 6 inches of snow and I had a couple of snow days with my honey. We made chili, snuggled by the fire and watched lots of Netflix! I also shot a fun engagement session in the snow. Check it out over at my photography blog! 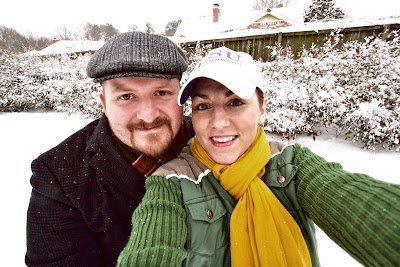 We celebrated my father-in-law's birthday by going out to dinner at Texas Roadhouse! Nothing says "Happy Birthday!" like a big STEAK!

The Buies were low key this year for Valentine's Day...or so I thought we were going to be. B and I had briefly discussed V-day and we normally just go to dinner or pick up dinner and just spend time together. This year Valentine's Day was on my last day of work. It was a weird, happy, bitter sweet day. B sent me a 12 chocolate covered strawberries. So sweet! and probably the best V-day present ever! All day long I said my good-byes, finished up my work, cleaned out my desk all the while munching on the best gourmet strawberries ever! B had to work Valentine's night but when I got home from my last day of work and walked into our bedroom there were a dozen roses and a sweet note from him. I'm so blessed to have a husband who takes care of me and loves me... and sending me goodies never hurts either! :) 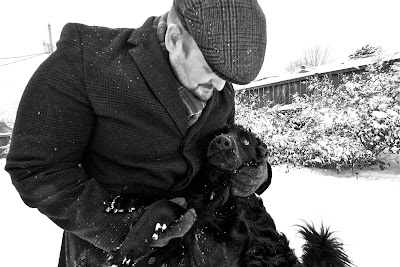 Hazel's getting spoiled (and high)!

After the death of our kitty George, we are still mourning his loss. The evenings at home are the hardest. The times when B & I are sitting on the couch watching TV and Conner is in my lap, Scooter is curled up on the floor or the couch and Hazel is usually near the fireplace....these are the times George is missed the most. He would normally be in his spot on the arm of the couch. This was his favorite spot. 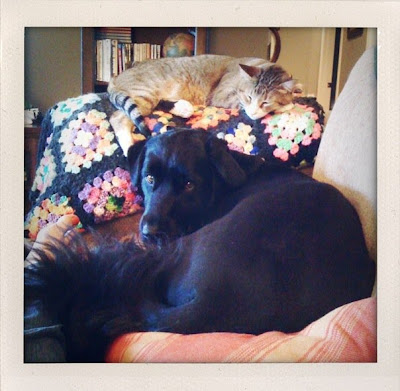 The day that George went to the vet, we noticed Hazel meowing more and looking around for her buddy. The next day is when we found out about George's death; this was Hazel's Day 2 without George. That day when we brought George's body home to burry in our back yard we let all three animals see his body. I know you people out there who aren't animal lovers might think this is crazy and I'm okay with that. But for the rest of you, I know that this seems perfectly logical. I thought that in some way, showing them George's body it would somehow be easier on them... I'm not even sure if it's possible for animals to process death. All I know is that Hazel was sad without her buddy George to play with. Scooter and Conner put their little noses inside the box that held George's body and sniffed. Then Scooter licked his little lifeless head. I lost it, as you can imagine. That was the sweetest thing I had ever seen. Finally, Hazel put her little head over the box and looked. Again, I have no idea what was going on in her little kitty head but maybe, just maybe she understood that was her brother who was no longer awake and playing with her.

Day 3 without George was getting a little easier for me and B, but not for Hazel. She continued to cry and to roam around the house looking for him. So I went to Kroger Marketplace where they have a great pet section. I saw this bed with catnip in it and I knew it would be perfect for Hazel! She LOVES catnip but for some reason we never give it to her. I took some video of her in her new bed. The video explains it all. Hazel might still miss her little buddy but the catnip definitely helps ease the pain. :)

If you've been a follower of my blog for long, then you know my thoughts on the commercialism of Valentine's Day. I've said it once and I'll say it again:: You shouldn't have to wait til a holiday to tell those people close to you how much you love them. However, with that said, I found these super cute and best of all FREE downloadable Valentine's Day cards. I am all about handmade, meaningful presents above all, but I can't pass up FREE! Go here to download these two cards and print as much as you like! Give them to your work friends, mail one to your BFF just for fun or print them for your kids school friends. :) Happy V-day! 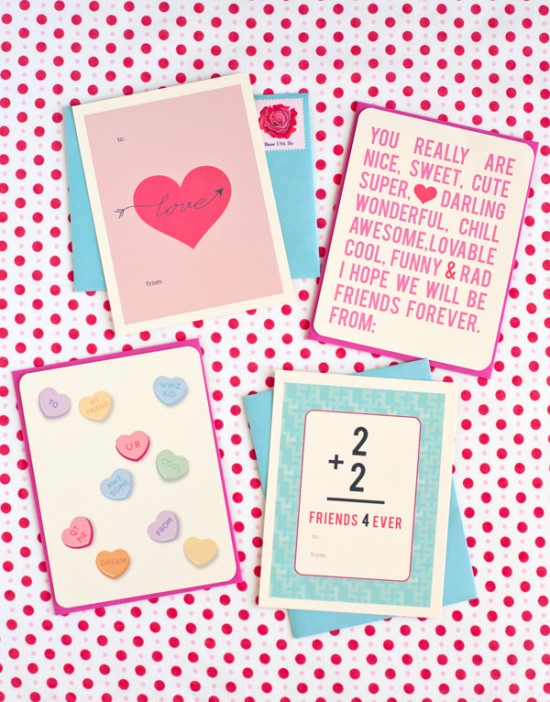