I have spent the last week in my home town in Louisiana. Last weekend was my dear friend, Melissa's, baby shower. I also booked a few photo shoots last weekend and I just decided to stay the entire week through Thanksgiving. I always miss my husband and our animals but I get in so much family time, I love doing it every now and then. 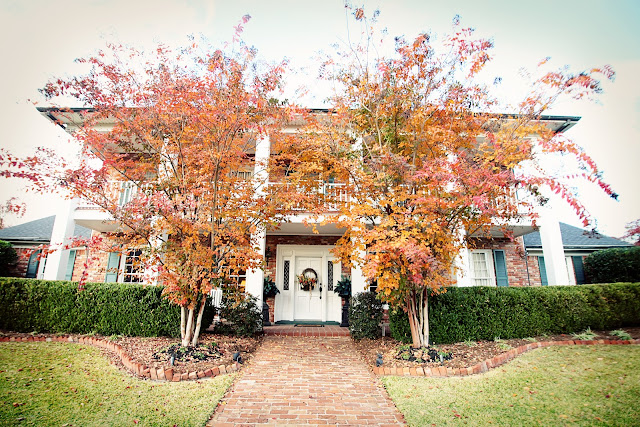 It would be a terribly long post if I described in detail everything I did over the last week. There was plenty of eating, lots of picture taking and even had some time for some football watching. I love spending weekdays in Minden because I get to do and see things that I normally wouldn't be able to during a weekend. Mom and I got our hair done together one day. Dad and I and my oldest brother, Chris went to a LA Tech game together. It was such a great game! I'm so glad I went! Dad and I had lunch with my grandmother at The Arbor (the assisted living place where she lives). I had three photo shoots while I was in town. I'm trying to edit and return them to the clients before I leave the country next Monday. Thursday was, of course, Thanksgiving and I saw lots of family I hadn't seen in a while.

Unfortunately the stomach bug plagued my oldest brother's family, so my two nieces did not make it for Thanksgiving. Buie drove in for the day with the dogs and I was so happy to them. We had plenty to eat and so much to be thankful for. Thanksgiving afternoon, we watched the Cowboys and were entertained by these two turkeys, Landon and Carson. Aren't they adorable? 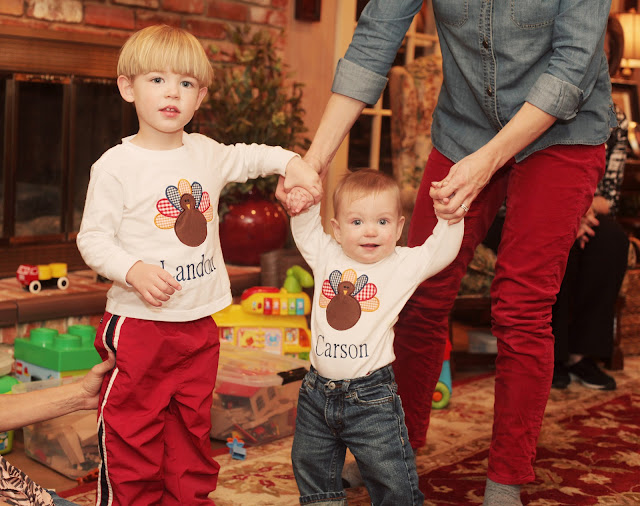 I love watching them growing up, even if it is too fast.

I truly hope everyone had a blessed Thanksgiving! Now, back to editing. I only had a week until I leave for Nicaragua! AH! So much to do!
Posted by Cara Beth at 6:30 PM