Yesterday I took a little trip down 1-30 to my alma matter, Ouachita Baptist University. Our family friends, the Lechners, who are near and dear to my heart are sending their eldest son to OBU. As I was driving into campus I was flooded with memories of my time at OBU, both good and bad. College was both the best time in my life but also the hardest. 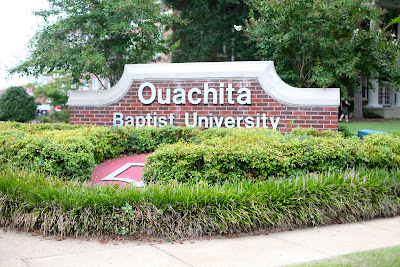 During those four years at college, I lost my grandmother and the very next year I lost my best friend to leukemia. I struggled with an undiagnosed disease for years. I learned who my real friends were and I also came to understand how toxic a bad relationship could be for me. While I made my fair share of mistakes in college, I also was overwhelmed by God's grace and forgiveness. Even in my darkest of times, He brought me through it all. I met some of my best friends in college who are still the ones I call on today when I need someone to talk to. And even through those toxic relationships, God was able to lead me to the one relationship that would pull me out of the trenches. It was at OBU where I met my best friend and husband, Brent Buie. Without going through some bad times, I wouldn't be the woman I am today and I wouldn't be married to the amazing man I am with today. So, you see, in the a way, college was for me the worst of times and the best of times. It was hard, but was it worth it all? Most definitely. I can look back today and be thankful that I am not that person I was in college but be grateful for who those college experiences made me today. 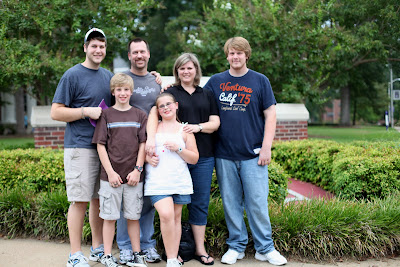 As we said good-bye to Coleson yesterday, I felt myself feeling a little jealous of him. He will learn so much in these next few years. He will make so many new friends. He will learn that life is not always fair and easy but most of all, I know that he will have fun! I might just have to sneak back down to Ouachita and hang out with him some. ha! I'll be like the "big sis" that just can't admit that college is over and still hangs out there. ha! Ok. maybe not. But I may just have to make him a care package with homemade cookies. I always loved getting those from my parents! :) 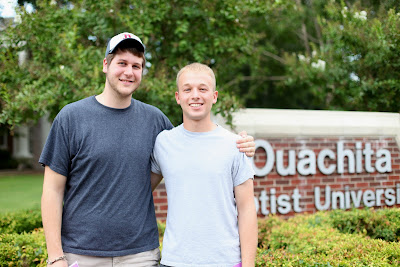 Coleson and his new roommate, Paul

What a beautiful post, CB. So glad you were there to share the day yesterday. And so thankful for all God taught you and brought you through during your years at OBU. Love you, little sis!

Love you, sweetheart! I too am glad that God taught you lots during your four years at OBU! (and Mr. Orr would be proud of you for using a quote from Charles Dickens!)