For the purpose of journaling, I want to write about our Fourth & Fifth of July, even though it's a little late. I like to look back from year to year to see what we did- this blog is like a scrapbook for me. :)July 4th this year was a little different than any other year - okay a LOT different.
Since we weren't exactly sure when little Landon would arrive, it was hard to plan much for the 4th.Originally, Landon was due on the 4th- then the doctor said he would be here early (June 28th). So we planned a big 4th of July get together/Landon welcoming party at our house. We thought this would be a perfect evening for the family to hang out with Landon all together. Well, Landon wasn't ready to come on the 28th, so we waited... and waited... all week long I kept waiting for a phone call from Craig or Nicole. I just kept waiting to see a text message that said, "Meet us at the hospital! Landon is coming!" Since Landon didn't make an appearance all week, the doctor said it was okay to induce on Monday, the 5th. Nicole was a bit disappointed and obviously we were all ready to meet Landon, but the 5th sounded like a good day to meet this little guy. So our 4th of July get together ended up being a sort of "last meal" for Nicole asshe was scheduled to head to the hospital for induction on the night of the fourth. All fourteen of us ate burgers and talked about how excited we were to meet Landon! We even got in a last pic of Craig and Nicole before the lil man arrived. All in all, it was a good fourth.
Took one last picture of Craig & Nicole before they headed to the hospital 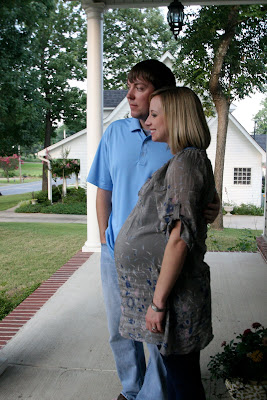 Buie & his dad hanging out on the Fourth. 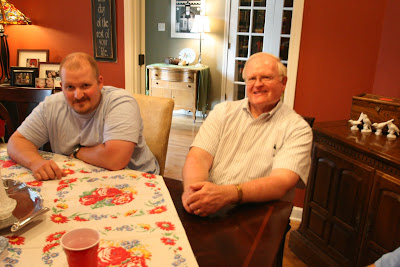 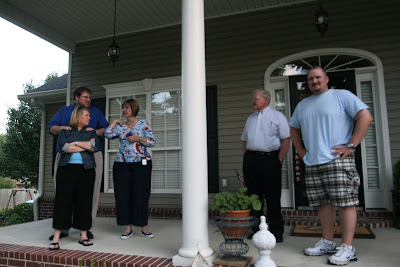 The next day can be summed up in one word:: WAITING! All we did was wait on the little guy to make his appearance. We waited in the waiting room. We waited in the delivery room. We even left for a while to eat lunch and waited at the restaurant. Landon finally made his arrival a little after 5pm on July 5th, our 2nd anniversary! Landon was the best present ever! :) What a great 4th of July weekend!
the two granddads hanging out in the waiting room, my dad and Nicole's dad 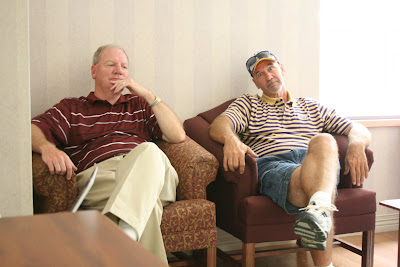 While we were waiting we made a little video for Craig, Nicole & Landon! :) 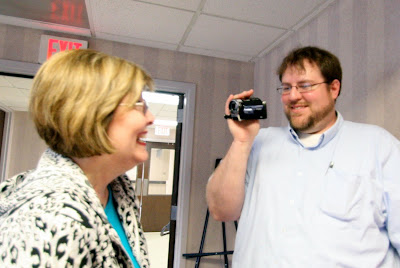 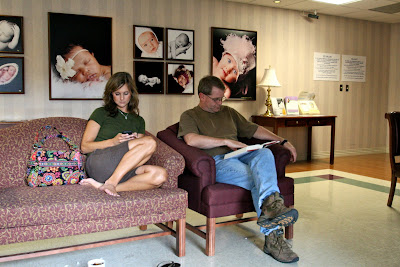 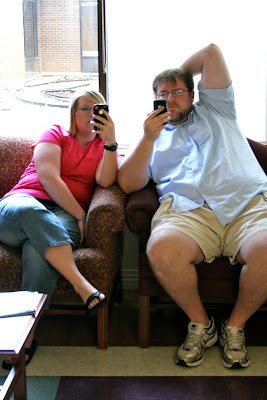 Chris, my oldest brother & his new bride, Amanda in the waiting room. 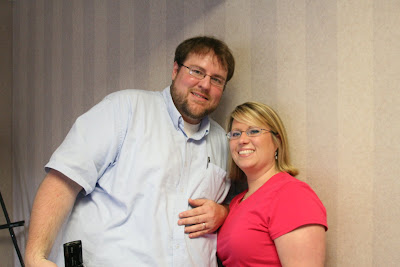 The whole family was there! :) 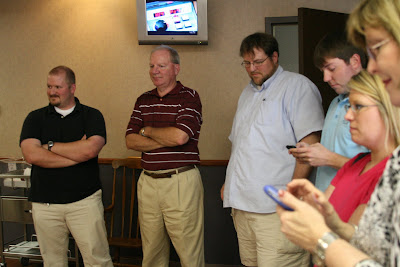 Finally, after hours and hours of waiting, Landon finally arrived! 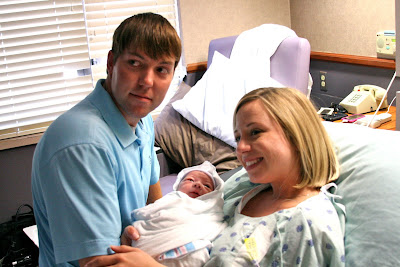