You asked for em!

I have had several requests for pictures of my poochies in their costumes. Let me start off by saying, these are really bad pics. They wouldn't hold still and these aren't taken with my good camera... but without further ado (thanks to ryan byrd for helping me on the correct spelling of 'ado' - I could have sworn it was something fancy like 'adieu' but the word 'adieu' means goodbye, so definitely not the same. Bet you didn't think you would get a spelling lesson on my blog, huh?) here are my pups all decked out.

Conner...as the mailman. He even has a little mail pouch! 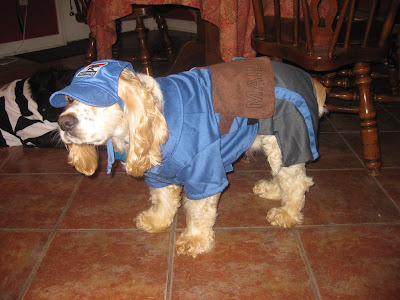 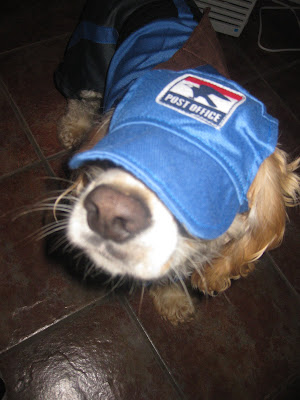 And Scooter's first time to wear clothes.... he was an inmate! :) Which was appropriate since he spent most of the night in his kennel during our Pumpkin Fest Party. Scooter is a rescue dog and is still not sure about children, so just in case we kept him up so we wouldn't have to watch him closely all night. But don't worry, we gave him lots of treats and a nice big bone to munch on.

It was impossible to get a picture of Scooter with his hat ON because he was convinced that his hat was his newest chew toy! Oh well! He didn't mind the tshirt though. 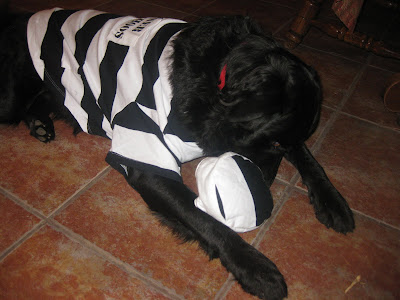 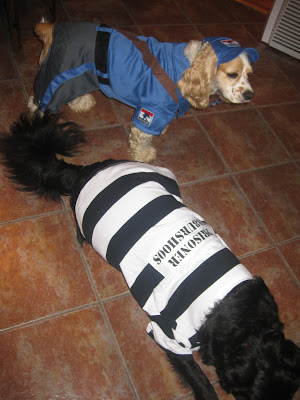 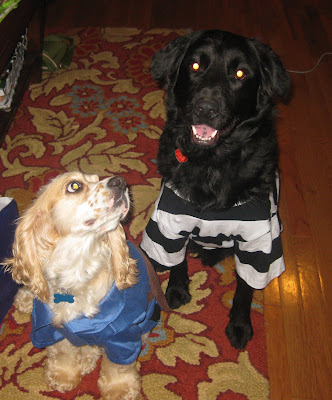 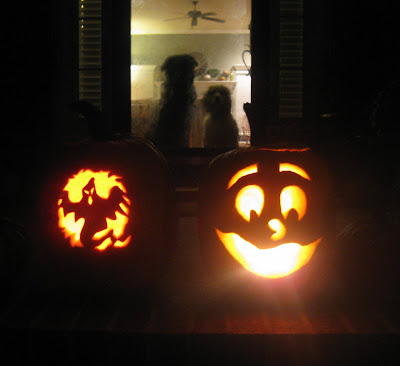 Hope you had a great Halloween!
Posted by Cara Beth at 9:59 AM

Hilarious! I love them!
Seriously too funny!

Thanks for the sweet encouraging email! It made my day and it's nice to know someone else who understands! The results should be back next week so I will let you know.

I am still waiting for Halloween party pics..... :)