On Monday night Buie and I were having a pretty typical night around here. We were getting settled on the couch, me with my laptop editing pics (as usual) and we had just started a new series: Downton Abbey. We were just getting into our 2 episode when B got up and started pacing around the room, holding his chest and breathing heavy. He said he felt weird and of course we were both concerned. This had happened once before about a week before - tightness in his chest, shortness of breath, feeling of panic, sweating. I assured him it was a panic attack of some sort since I had experience one or two before. The symptoms kept on for about an hour and after googling the symptoms we had it narrowed it down to two things: a panic attack or a heart attack. And well, since one of them kills you, I suggested he take an aspirin. We changed out of our pjs quickly and drove the quick 7 or so miles to the emergency room. I'm so glad we live close to a hospital, of course, in a small town everything is close. 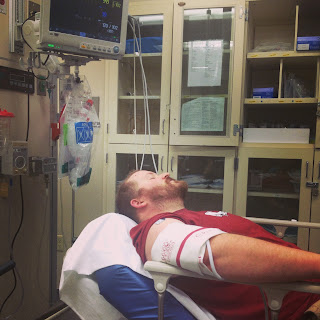 We were checked into the ER a little before 8:30pm or so and they immediately ran an EKG and checked his blood pressure. I don't remember the exact stats but I just remember thinking WOW! His heart was racing. Well, over 120 or 130 and we were literally just sitting on the couch watching Downton Abbey. It's not like it was a thriller movie or something. His blood pressure was concerning as well but that was not surprising. He had been working to improve his bp and it had actually been improving through diet and loosing weight over the last few weeks. 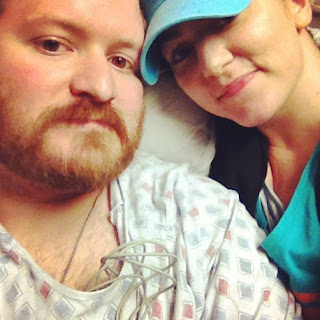 About 20 minutes about we arrived at the ER, B started to feel better. His heart rate immediately started going down. He was feeling less tightness in his chest. They gave him an IV which helped too, I think. But we still didn't know what caused this episode. They did a chest X-ray which came out fine. The ER doc wanted to keep him overnight for observation to run some more tests. We were honestly surprised. I think we figured once they told us he wasn't in fact having a heart attack, we could go home. But the truth was, we didn't know WHAT caused it...so stay we did... for 36 hours. 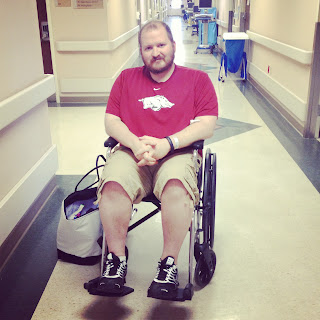 That's right we didn't get to go home til Wednesday afternoon. They ran a CT scan, three different EKGs, a chest X-ray, among many others...Needless to say we were WORN OUT of tests! The final test on Wednesday morning was a stress test where B rode a bike and had to get his heart rate up to 180 and he passed with flying colors! :) 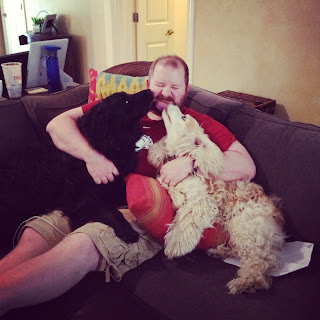 So the good news is, his heart is fine. The cardiologist put him on blood pressure medication and think his episode was stress induced. We plan on keeping our lives hopefully a big more stress free (if possible) and work on reducing that bp!

In conclusion, I've discovered several things about hospitals or at least about the one we stayed at. 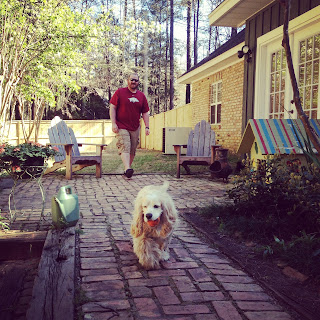 After spending two days in the hospital, we are SO happy to be home and I hope we never have to go back. Our boys missed him so much and sleeping in our own bed Wednesday night never felt better!
Posted by Cara Beth at 10:31 PM

Email ThisBlogThis!Share to TwitterShare to FacebookShare to Pinterest
Labels: health.