After our last snow day, we learned quickly how much we LOVE snow days as a married couple. Our schedule does not allow us to have much time to spend together so having a day off TOGETHER is very rare. This past Monday and Tuesday we got TWO snow days - two entire days off together to just hang out. It was perhaps better than a planned vacation could be. :) Monday we literally wasted the day away. We watched tv, played games, played in the snow with the dogs and ATE! Tuesday, B tried to go into work but could barely make it out the drive and down our street. We live about 20 miles from his work so he didn't dare venture out into the vast of whiteness! It's scary out there! :)

So two days this week we have been snowed in and I don't have cabin fever yet! I've decided that I'm a homebody. Today I decided to be more productive than yesterday. I did laundry, dishes and even ventured out into the scary black hole that is our garage! Believe it or not, we still have boxes in our garage that have not been touched since move in day. We moved in our house last APRIL! That's almost a year ago. Sad, huh.


I found some interesting thing in the garage- lots of stuff to donate, lots of stuff that I simply just don't know what to do with, but I'll save that for another post.


For now, how about some snow day pics! 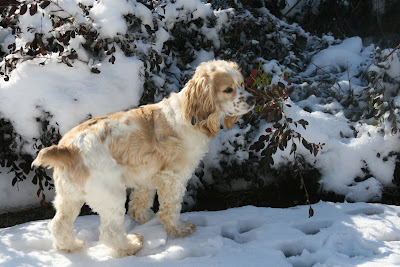 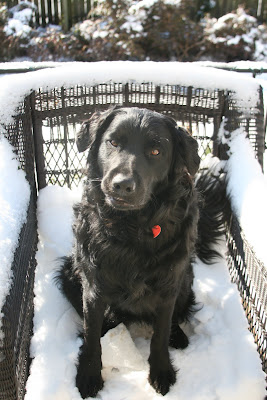 The boys seem to be fans of snow days. They get to spend all day with mom and dad AND they get to play in this cold white stuff. Scooter likes to eat the snow and today he even tried to bury his bone in the snow. It was too cute! 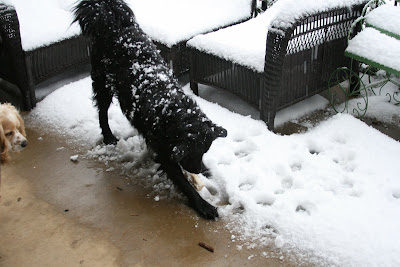 After playing hard in the snow all day, it's nice to come in and warm up by the fire and snuggle. All in all, it's been a good two days. Yup. It's official, we LOVE snow days! 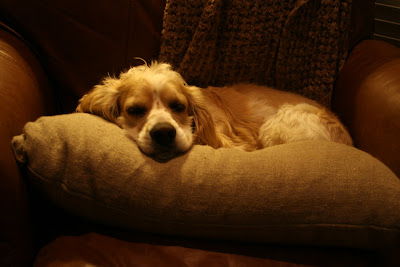 Email ThisBlogThis!Share to TwitterShare to FacebookShare to Pinterest
Labels: Must Love Dogs