You may have noticed our little blog here got a new look. I thought it was about time we added in our other two family members. In 2013 we added two members to the Buie's Zoo: one cat and one dog. The dog was our choice but Lannie Cat came with the house, but we love them both the same. So how is it living with 6 animals? A zoo for sure! I feel like it's always feeding time. Most days, B & I switch off feeding cats and dogs. He'll feed the 3 cats and I'll feed the 3 dogs, then in the evenings we'll switch. Everyone gets fed a measured amount twice a day. We don't ever leave food out during the day because inevitably the dogs will eat the cats food and the cats will be throwing up Lady's food 30 minutes after inhaling it. So when it's feeding time, it's feeding time. If you don't eat during the allotted time then tough luck. Your bowl gets taken up...except for Lannie Cat, our outside cat, she has her own bowl outside and no one ever messes with it, except for the occasional raccoon. 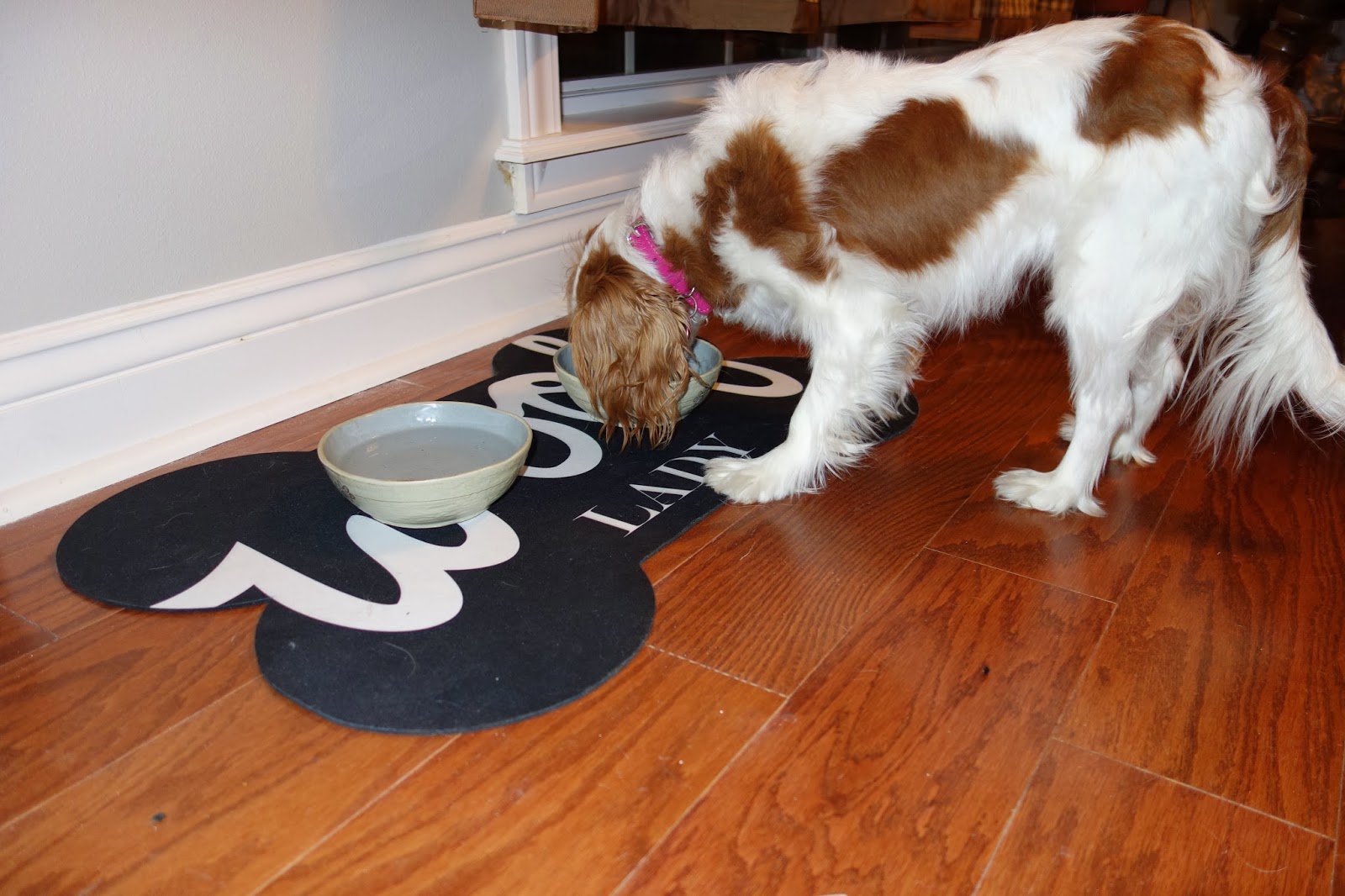 Scooter and Conner just went to the vet yesterday and S had gained 3 pounds since November. That would be like me putting on like 30 pounds in 3 months! Ok I have no idea if that is what it would be like, but you get the idea. It's a lot for a 70 lb dog. It's a lot for any dog. Our vet recommended cutting his food IN HALF until he gets the weight off. In other words, we're going to have one pissed off dog for a while. Poor Scooter. That also means cutting back on treats which is sad because we just started subscribing to BarkBox.

What is BarkBox you ask? If you are not familiar with it and you have a dog or two (or three or four) that you are crazy about like we are, then I highly recommend this company. 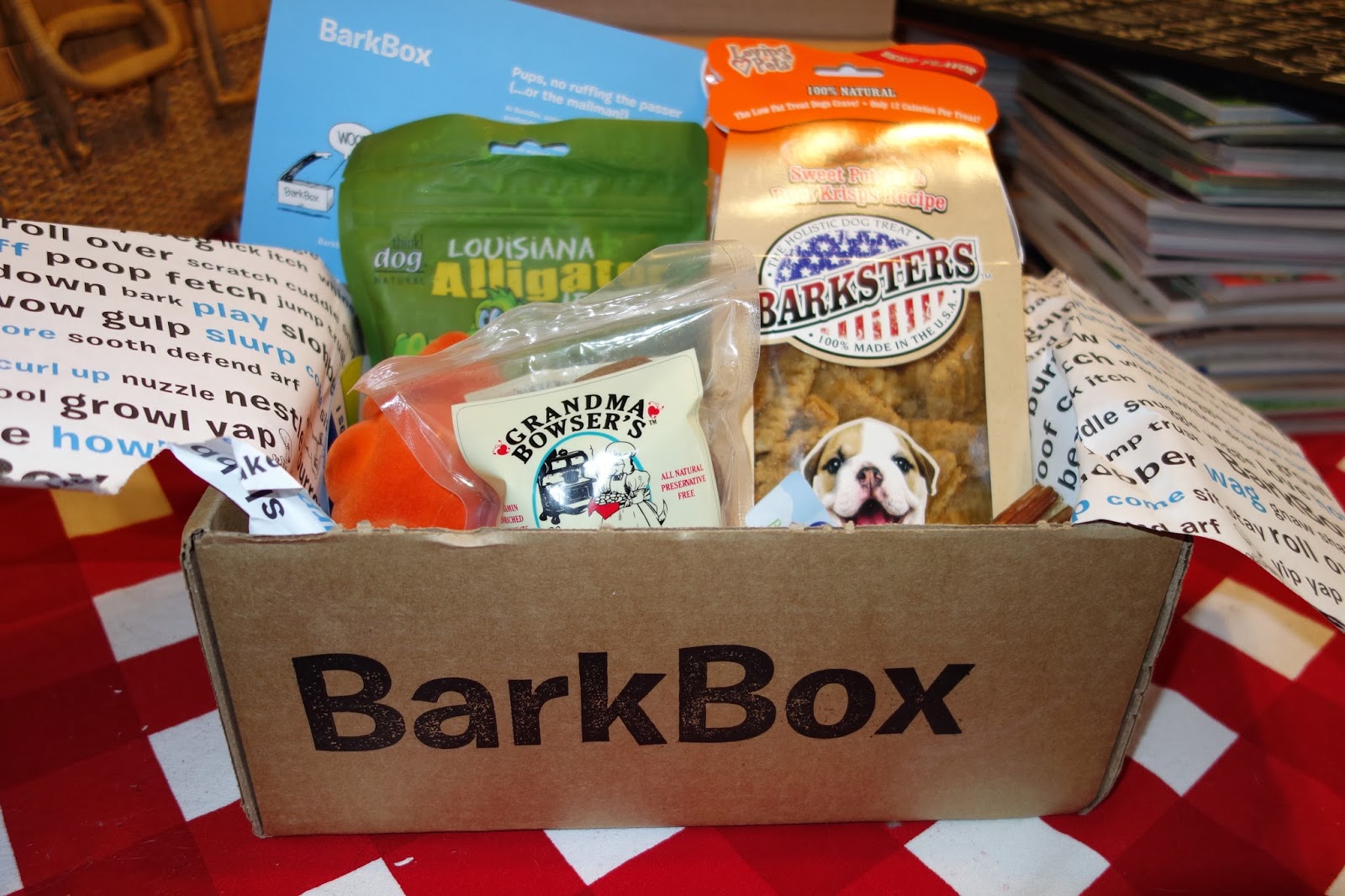 I'm sure you are familiar with the many monthly subscription companies that have emerged such as BirchBox or NatureBox. There is even one for meat lovers that I know my husband would appreciate: Carnivore Club. Yes, that's right, you can have meat delivered straight to your door every month. What man wouldn't want that?

BarkBox is the same concept but for your dog. This company puts together the best biscuits, treats, and toys, packages them and sends them straight to your door every month for you and your pooch to enjoy. You should definitely look into it. I know you are probably thinking, "but is it WORTH it?" And the short answer is YES!! definitely! The long answer is well, it depends on how spoiled your dog is. If you buy your dog treats and the occasional toy then this monthly subscription would probably be for you. We have definitely saved money by subscribing to BarkBox. I have received 3 months of boxes so far and ALL of the treats are made right here in the United States. Most of the treats are either grain free or gluten free and void of all of those nasty preservatives that we are all trying to avoid these days. 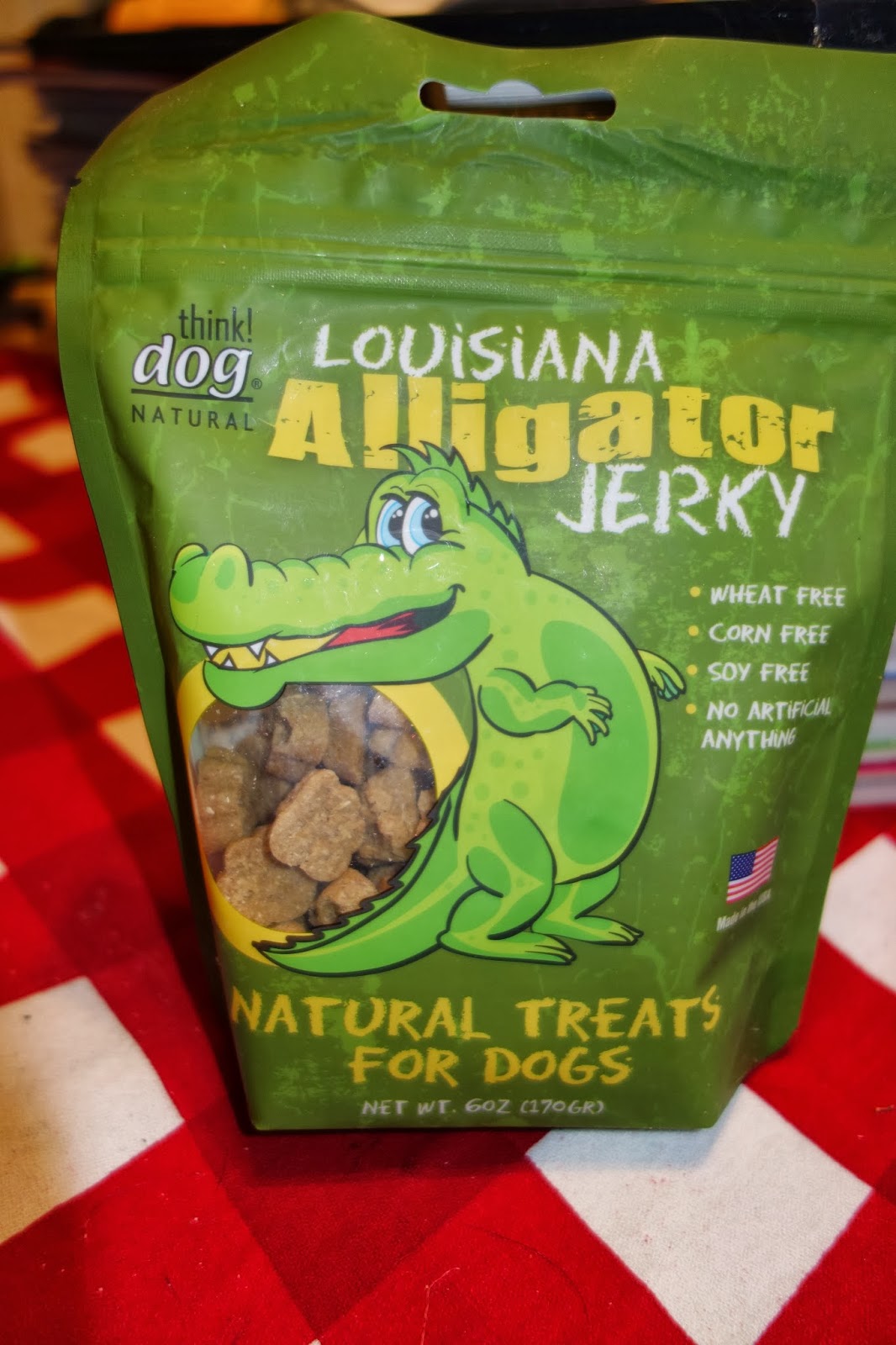 The best thing about BarkBox is that all three of our dogs love the treats and toys! Even though we have three dogs we only ordered one BarkBox and there is usually only one toy per box so we have to share. :) Last month our favorite treat was the Louisiana Alligator treats make from real gator. Go figure! I knew I was raising them right. ;) 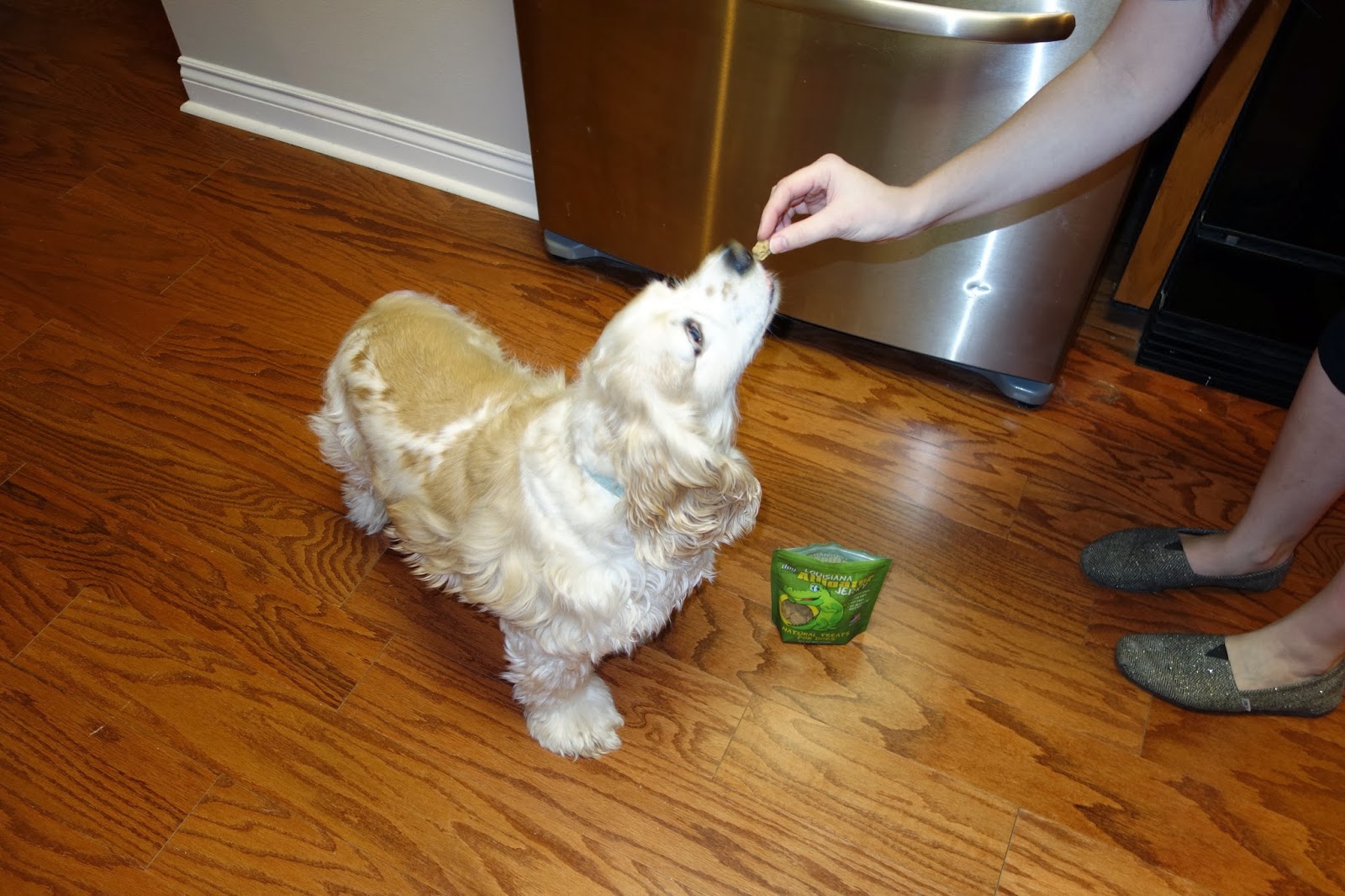 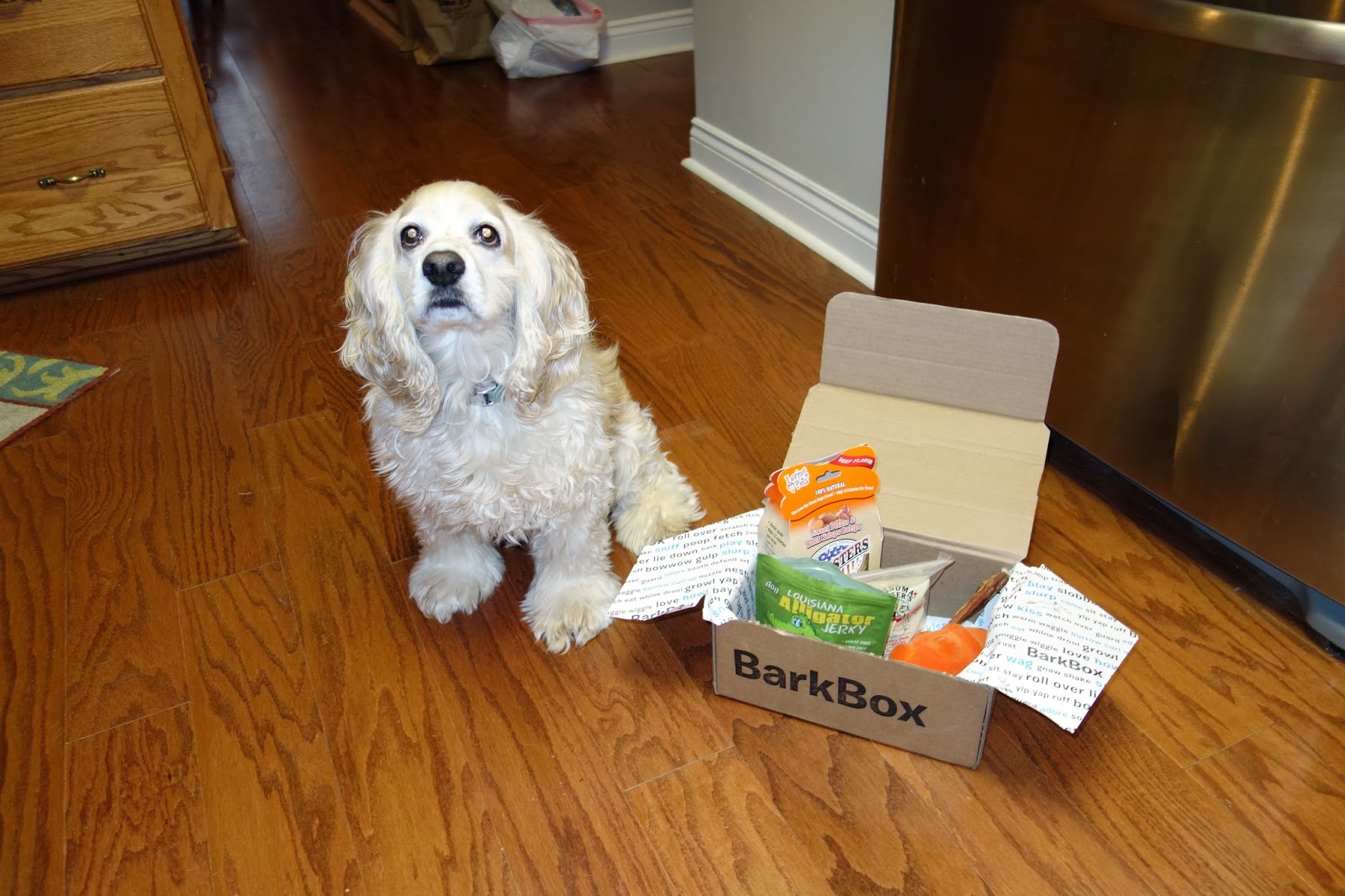 Email ThisBlogThis!Share to TwitterShare to FacebookShare to Pinterest
Labels: Must Love Dogs, products